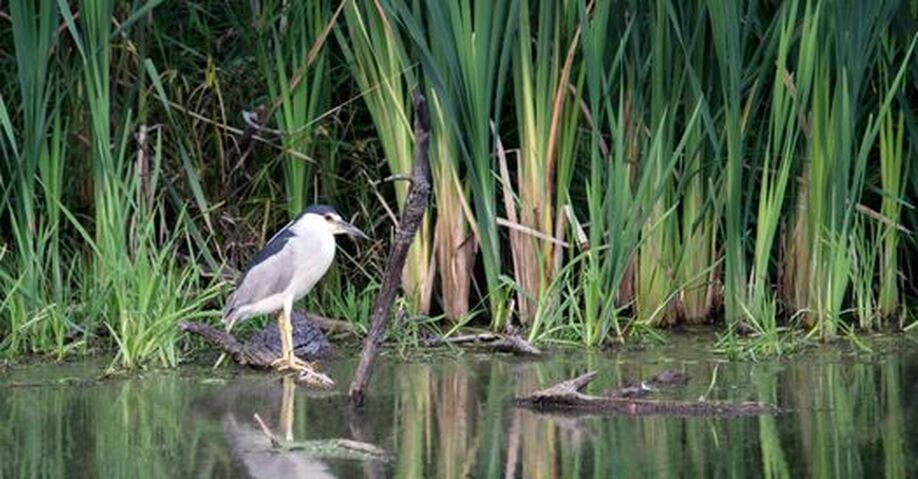 Black-crowned Night Heron
BACKGROUND
York Simcoe Nature Club, formerly known as York-Simcoe Naturalists, was formed in 1999 by a small group of individuals who had a strong interest in the environment and who wanted to share this interest with other people. The Club has operated continuously since 1999 and has grown from its small beginnings to a membership of over 60 individuals. It is run by an elected executive who is responsible for the various aspects of the operation.

The Club provides a venue for York Region and Simcoe County residents who have a special interest in outdoor recreation and natural history to get together and share ideas, expertise, community projects and local natural history. The Club also serves as a unified voice to constructively influence municipal planning, environmental awareness and environmental protection, particularly locally. In view of the integrated nature of the environment, the Club is also concerned with developments and changes in the natural environment in other areas.

Members of the Club benefit through:
Although York Simcoe Nature Club is an independent club, it is a member of Ontario Nature's 150-plus Nature Network, Neighbourhood Network, Lake Simcoe Stewardship Group and Ontario Greenbelt Alliance.

MISSION
Aims and objectives of York Simcoe Nature Club:
ACTIVITIES
The Club achieves its goals through a variety of member-focused activities as described in the following sections.

Monthly Meetings
Members meet the second Tuesday of every month from September to June. Each meeting features a guest speaker who informs and educates members on a variety of topics related to the environment. These topics have included: As well as a guest speaker, each meeting includes a sharing of local observations of flora and fauna, a discussion of local issues and events, and refreshments. The meetings typically end about 9 p.m.

Outings
At various times over the year the Club organizes nature walks for members and friends. These walks provide an opportunity not only to enjoy the outdoors, but also to learn about nature as members share their specific skill, be it flowers, birds, trees, butterflies and more. In the past, our walks have been at:
Surveys
The Club provides opportunities for members to participate in Citizen Science. Some of the surveys in which members have participated include:
Environmental Rehabilitation
From time to time, the Club is asked to provide volunteers for various rehabilitation projects. Some of the projects for which members have volunteered include:
Stewardship
York Simcoe Nature Club is the steward of the Cawthra Mulock Nature Reserve. The Club has held this responsibility since 2007 under various agreements with Ontario Nature, the owner of the land.

As stewards of the Reserve the York Simcoe Nature Club members have worked with Ontario Nature on many projects including the following:
​Public Consultation
York Simcoe Nature Club provides comments on specific projects and legislation as pertinent to the natural heritage of not only the northern portion of York Region and the southern part of Simcoe County, but also other areas of the Province when relevant. Undertakings for which comments were provided include:
Special Projects
Every year the Club initiates a special project for which money is raised through donations. For the last few years, the special project has been to raise money to send a young person to the Ontario Nature Youth Summit. The Summit is a weekend experience for about 100 youths to learn about nature and network with others of like interest. In the past, special projects included the following:
BECOME A MEMBER
We invite you to come to one of the monthly meetings if what you have read is of interest. Guests may attend one free in-person meeting or two free Zoom meetings before being asked to join as a member.

Please email us at yorksimcoenatureclub@gmail.com for a membership application form. Annual fees are $40 for a single membership and $45 for a family membership.

Also, you can help us share the word about the Club and foster community interest in the natural world around us.

CLUB SYMBOL
The black-crowned night heron (Nycticorax nycticorax) is the bird pictured in the club's logo.